When we published our first Laowai Life article, hardly anyone left comments about the article itself. Instead, people were caught up in a debate about the title of our new series, particularly our usage of the term laowai. Today, we’re investigating this topic further—is laowai an offensive word?

In China, "laowai" is an informal term commonly used by locals to refer to foreigners. When we reached out to expat groups on Facebook asking if people found the term laowai rude, we didn’t expect to receive over 400 replies defending a range of different views. Some comments even snowballed into heated arguments. Certain people didn’t mind the term at all; others saw it as hard evidence of Chinese racism.

Lee, from Hangzhou, wrote, “I think it’s not an offensive word in China. It’s just a common word with no racist meaning.”

Mike, also from Hangzhou, vehemently disagreed. “[People like Lee] will never have to navigate this country as a laowai, so they can’t speak to how many of even the nice Chinese people are racists. Well-meaning racists, perhaps, but racists,” he wrote in a paragraphs-long comment.

Yet most people, such as Chris from Shanghai, thought it depended on the context. “Laowai, translated as ‘old foreigner’, refers to you as someone senior and respected… However, if someone says ‘Watch that laowai using the chopsticks’, it means you are a foreigner so you can’t use chopsticks properly and they are waiting for you to make a fool of yourself.

Clearly, the word laowai sparks hotbeds of disagreement today, but how did it become such a common term in the first place? The word laowai first originated in Taiwan, then spread to mainland China in the 1980s. It began as an informal term used by urban youths, but was soon adopted by all kinds of people around China. Laowai differs from other terms for foreigners (such as the more formal waiguoren) in that it’s a colloquial phrase.

Wanting to dig deeper beyond the public controversy, we searched through academic studies on the cultural meaning of laowai. In 1998, Qi Hua, a Mandarin professor at Beijing Normal University, wrote: “Some people think, why is it such a big deal to call foreigners laowai? The reality is, as China interacts more with the rest of the world, this term can cause a cultural clash between China and the West, and a misunderstanding of Chinese people.”

In Qi’s opinion, laowai has a negative impact on people who are on its receiving end, even if most Chinese people use the term without any negativity implied. “Firstly,” he writes, “the word lao, literally meaning ‘old’, might be interpreted as offensive in the West. Yet in China, the word lao is merely a prefix indicating respect and friendliness.” Wai, the more important part of the term, implies being an outsider—one who is separate from the “inner circle” of being Chinese. Thus, many foreigners find laowai an exclusive term. Andrew from Hangzhou echoed this sentiment on Facebook: “Calling someone a foreigner is pretty bigoted as it implies you don’t belong here. So when a Chinese person calls me a foreigner, I take it to mean the same.”

In a 1997 selection of Chinese essays by foreign exchange students, one piece was titled “When will I finally stop being a laowai?” In it, the author Felicia writes, “Even if I studied Chinese for a few more years, even if I decided to stay in China long-term, even if I started a family here, I can’t change my fair skin, blonde hair, and blue eyes. For me, it’s very difficult to hear the term laowai, because I wish Chinese people would treat me as one of their own.” 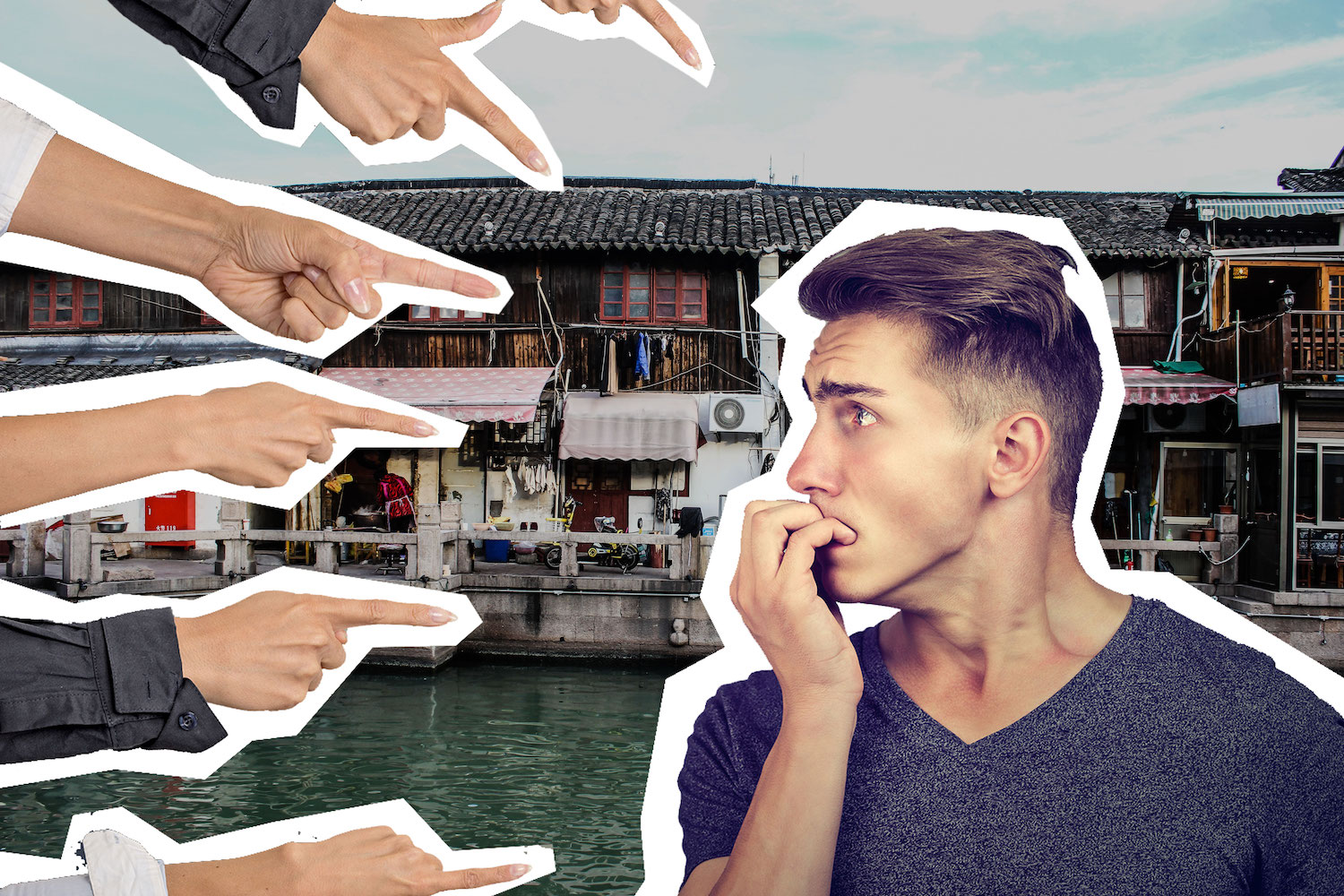 Most locals don’t use the term laowai as an insult—it’s more like a neutral label—so they often don’t realize that foreigners feel alienated by the term. Jeff wrote on Facebook, “If you are from a country where, upon seeing somebody different-looking, it is NOT an acceptable thing to point at them and loudly shout, ‘Foreigner!’, then it can take a bit of getting used to. It generally isn’t meant to be offensive, but context is everything.” According to Qi, Western countries are more racially diverse than China, so Westerners don’t see the need to label people as either “one of their own” or “foreigner”.

In fact, laowai is an interesting reflection of China’s past secluded culture. Qi writes that “laowai is a linguistic relic because although it’s been more than a century since China’s isolated days ended, the term still reflects a sense of ‘cultural superiority’.” Yet for the past few decades, China has been undergoing massive globalization, as speaking English and even idolizing Western culture is becoming commonplace. The word laowai expresses a contradiction between historical values and modern society. Miraculously, it labels foreigners as both friends and outsiders, as both respected and condescended upon at the same time. 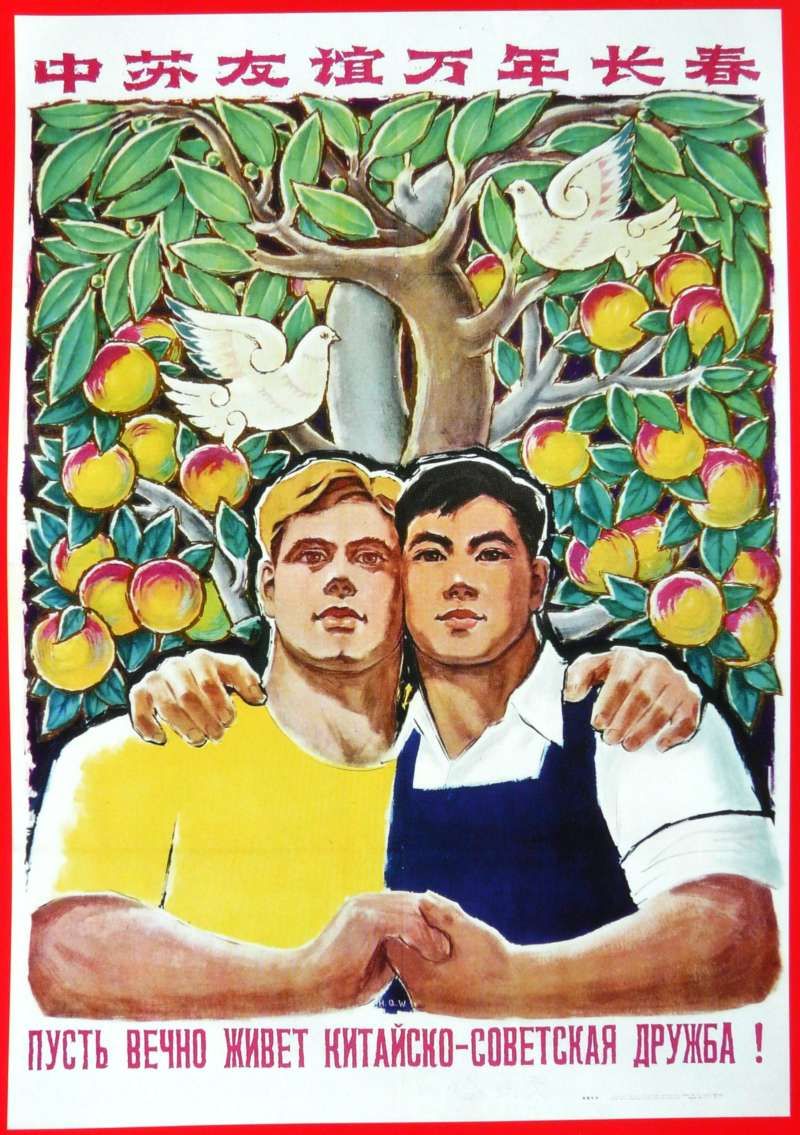 The verdict? Laowai is a culturally complex, and often controversial, word. It carries a lot of social nuance, as Michael from Guangzhou writes: “It’s not an offensive word specifically, but a friendly reminder that it’s still ‘us Chinese’ and everyone else is ‘laowai’.” Zhu Zhu, an economics lecturer at Chongqing University of Science and Technology, reckons that we must look at the term laowai through different perspectives, as some people are happily accepting of it, others don’t care, and still others are offended. Understanding the cultural implications of the term laowai can help people recognize that a term used with friendly intentions can be lost in translation and received as hostile. After all, laowai doesn’t have to be something we clash over—it can be a term that both sides find peace over.