Soy milk, almond milk, oat milk, hemp milk, cashew milk—alternatives to cow's milk have never been more popular. The rising star of the "alt-milk" movement is Oatly, a Swedish brand that specializes in producing oat milk. To learn more, we talked to Rebecca Chen, the senior Strategy and Marketing Manager at Oatly’s office in Shanghai.

“Oatly was founded in 1990 by two researchers who invented the process of making liquid oats at Lund University in Sweden,” Rebecca tells us. Since then, Oatly has become a cult-favorite drink in Sweden and even internationally. “With our popularity,” she continues, “we hope to promote a healthy lifestyle both for people and for our planet.” 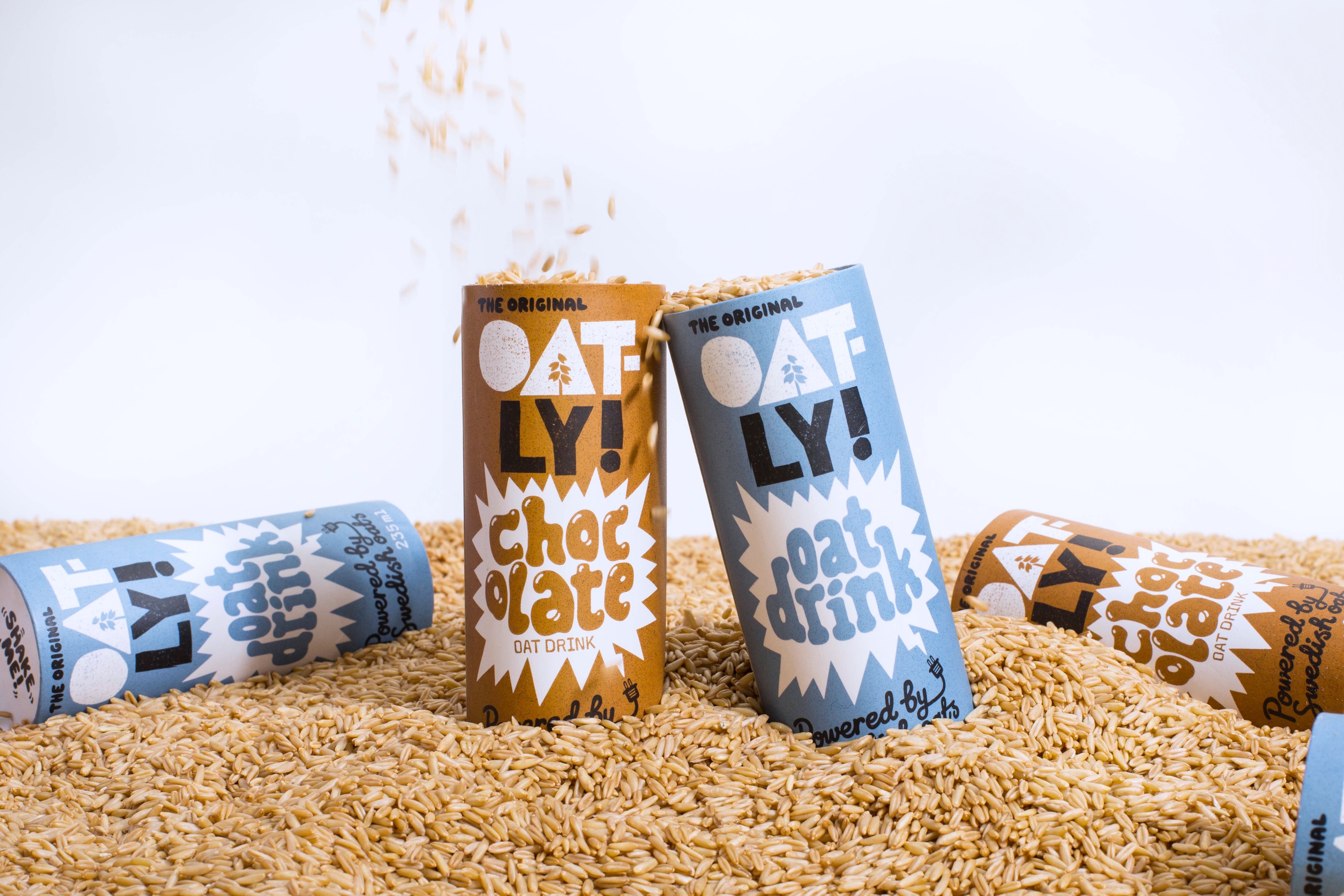 Oatly’s unique approach to marketing has grabbed the attention of consumers around the world. Interestingly, Oatly introduced its products in the U.S. through coffee shops rather than grocery shelves, where “baristas could act as oat-milk ambassadors to customers" and others in the industry, according to this New York Times article. Oatly's approach was successful—their products expanded from 10 stores in New York to over 1,000 locations nationwide in just one year.

As recently as 2008, soy milk was the only alternative to traditional milk. But now, a shift in health perceptions has spurred alt-milks' popularity. Awareness about animal cruelty, the environment, and healthy eating are spoiling milk's healthy reputation as Netflix documentaries like "Cowspiracy" and "What the Health" reach new audiences. Besides animal mistreatment, the dairy industry is also reported to be detrimental to the environment: animal agriculture contributes more greenhouse gases than aviation, shipping and road vehicles combined. “Oat milk has 1/5 the carbon footprint of cow’s milk,” Rebecca tells us. “We want to take care of our planet by using less water and agricultural resources.”

As expected, alt-milks have come under fire from the dairy industry. One of Oatly's slogans—“It’s like milk, but made for humans”—first appeared in Sweden in 2014, which led dairy conglomerate LRF Mjölk to sue Oatly for denigrating their products. LRF Mjölk won the case, but there was an interesting side effect of Oatly's loss: the resulting publicity actually benefited their sales. In fact, the publicity from this lawsuit was what drove Oatly into cult-favorite status. 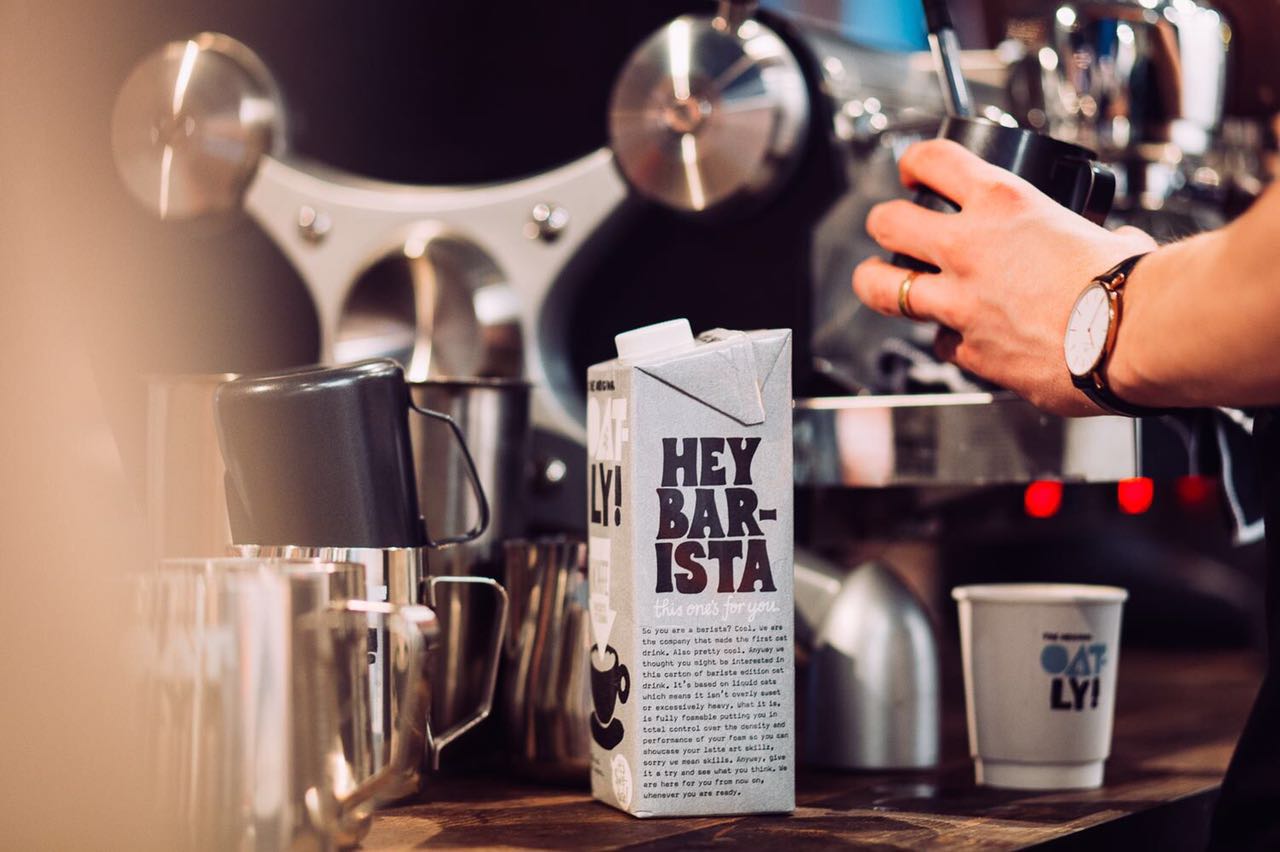 Propelled by their new popularity, Oatly launched in China—their next “plant milk target”—in 2018. Many Chinese people are lactose intolerant, making Oatly a perfect alternative. “We brought a Scandinavian lifestyle of health and environmentalism to China,” Rebecca says. “We’ve gotten a lot of attention in China because we meet the public’s increasing need for a quality lifestyle.” Healthy lifestyles, such as veganism and sustainable living, are gaining traction fast in China.

“Oatly is partnering with Chinese coffee shops that support a eco-friendly lifestyle,” Rebecca says. These include Seesaw Coffee, Greybox, % Arabica, Wagas, and other cafés and restaurants you’ve likely heard of. “We’re also working with brands like HeyTea and Lululemon to promote a modern, holistic lifestyle.” Increasingly, Chinese consumers are seeking products that represent such a lifestyle—a need Oatly fulfills with success. 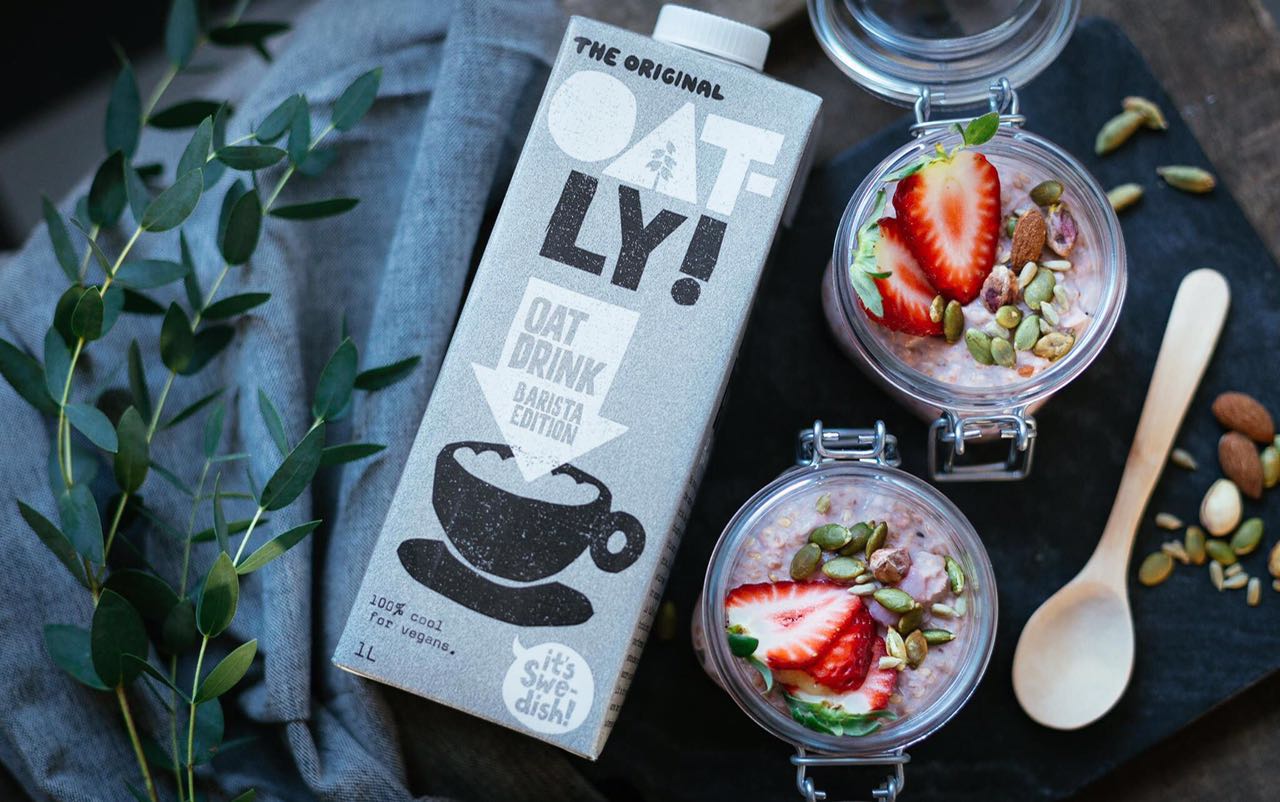 If you’re vegan, don’t like cow’s milk, or simply want to try something new, why not check out Oatly's products?

Their original oat milk is perfect if you’re looking for a no-nonsense drink. “You can also use it in place of traditional milk while cooking or baking,” Rebecca reveals. Oatly also offers interesting flavor combinations of orange/mango and strawberry/elderflower. 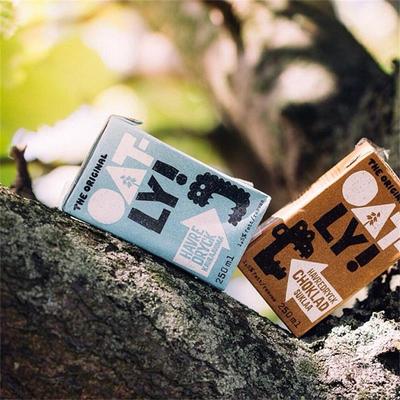 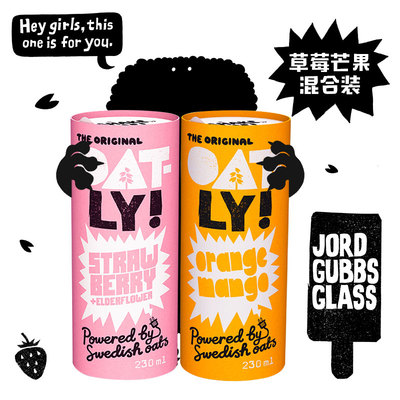 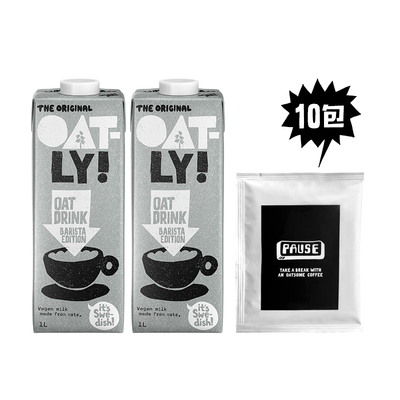